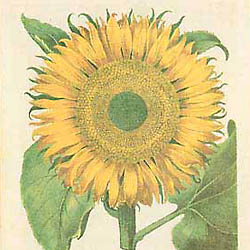 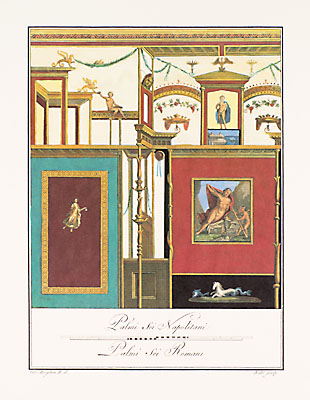 Pompeii is the ancient city of Campania, Italy, 14 miles south-west of Naples near Mount Vesuvius. It was built on a spur of prehistoric lava flow to the north of the mouth of the River Sarno. Pompeii and Herculaneum were destroyed by the violent eruption of Mount Vesuvius in AD79. The extent of the archaeological sites makes them of the greatest importance, for they provide a unique source of information about so many aspects of social, economic, religious and artistic life of the ancient world. Ever since their discovery, they have had a profound influence on European culture. News of the first excavations kindled a wave of enthusiasm for antiquity - in the mid 18th century Piranesi's etchings and the enthusiastic interest of Sir William and Lady Emma Hamilton did much to make Pompeii an important stop on the European Grand Tour made by young English aristocrats. Artists, architects, potters and even furniture makers drew much inspiration from Pompeii, and many painted interiors were inspired by the frescoed walls found in the excavations. The stucco work popularised in England by the 18th century architects Robert and James Adam used the same motifs. The Louis XVI style in France incorporated Pompeian motifs, and Marie Antoinette's apartment at Fontainebleau was decorated in this style, which became popular throughout Europe. The Neoclassic style stimulated by the discoveries at Pompeii completely replaced the Rococo and became the artistic style of the French Revolution and of the subsequent Napoleonic period.